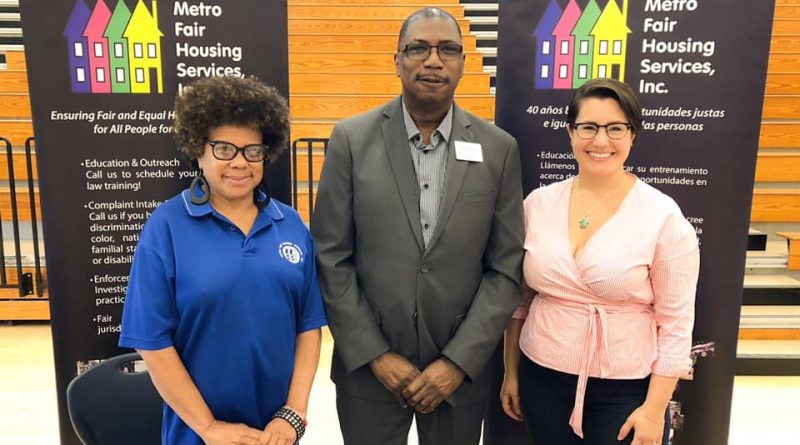 To promote social justice and eliminate housing and lending inequities for all people, including those with disabilities, through leadership, education and outreach, public policy advocacy and enforcement.

The civil rights organization was created on August 29, 1974, under the leadership of several area organizations affiliated with National Neighbors and a coalition of church groups in South DeKalb County. Chartered originally as Homefinders Listing Service, Inc.

The organization’s name was changed to Metro Fair Housing Services, Inc. (Metro), on August 25, 1978 because of confusion associated with the former name. The confusion arose because Homefinders Listing Service, Inc. stopped providing the listing service and focused on other ways to promote integrated communities. the community based agency was developed as an alternative to a dual housing delivery system which was contributing to rapid racial turnover. The purpose of the new organization was to counter racial steering and promote stable, integrated communities in South DeKalb County, an area characterized at the time by blockbusting, racial steering, and a high foreclosure rate. Homefinders Listing Service, Inc., maintained a free listing service for sale and rental properties hoping to create diversified communities.

From its inception, Metro has been involved in both litigation and testing programs. Metro participated in a national Housing Discrimination Studies (HDS) in 1989, 2000 and 2001. The purpose of the studies was to measure the amount of discrimination faced by minority home-seekers. The 2000 HDS study, conducted by the Urban Institute, included the following cities in Georgia: Atlanta, Macon, Augusta, and Columbus.

Metro is a charter member of the National Fair Housing Alliance (NFHA) and has conducted tests for NFHA for several years. In the mid 1990’s, NFHA conducted a nationwide study of insurance companies to determine if homeowners in minority neighborhoods were charged higher rates than homeowners in majority neighborhoods for hazard insurance. Metro performed insurance tests in the Atlanta area that forced insurance companies to change the way they offer coverage to all homeowners across the country.

In the past, housing providers had no problem saying, “I don’t rent to your kind,” but now they smile politely and say, “That unit has been rented.” Discrimination is alive and well, but it has been cocooned in cordiality. Metro’s goal is to educate and equip all individuals in the metropolitan area with the necessary tools to preserve their fair housing rights.Recently Metro was a party plaintiff, along with NFHA and three other private fair housing organizations in Florida and California, in a lawsuit alleging that a major builder of multifamily apartments was not constructing units that were accessible for people with mobility impairments. In December 2009, in the largest settlement of an accessibility case to date, the defendants agreed to pay compensatory damages to the plaintiffs and to retrofit approximately 13,200 units in 41 developments across the United States. As a result of this litigation, Metro convened a panel of experts representing a broad range of industries and backgrounds to evaluate the state of housing for people with disabilities in Georgia. The panel looked at housing needs of the disabled, reviewed existing research and explored best practices. Metro published the following “white paper”, Shut Out, Priced Out and Segregated: The Need for Fair Housing for People With Disabilities – August 2011 – A Public Policy Report and Recommendations Addressing the State of Housing for Georgians with Disabilities, which has sparked a national movement to remove the political, legal, and structural barriers to affordable, accessible and integrated housing for the disabled.